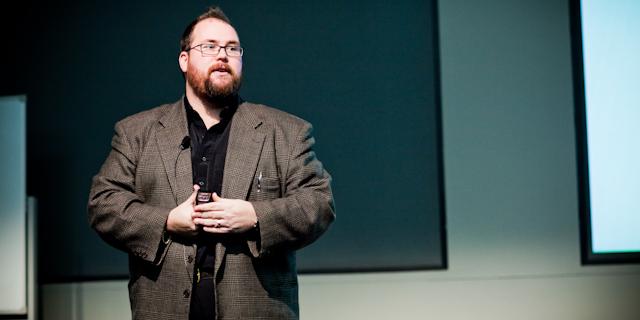 Marc is the founder of MRWED Training and Assessment, a private Australian registered training organization, specializing in trainer training. He continues to push the boundaries of “edu-tainment” and believes that participant interaction and fun are integral to the learning experience. He has been involved in Workplace and Vocational Education for 22 years and has conducted more than 300 Training and Assessment courses over the past 15 years. Marc has presented training-related workshops and keynote presentations in more than a dozen countries, including conferences held in the UK, North America, Africa and Asia. Delivering at his first conference in 2006, he continues to be an in-demand speaker and workshop facilitator, boasting more than 50 appearances at conferences throughout the world.

Marc is a Registered Teacher and has completed a Masters of Education, specializing in Adult and Workplace Education. In 2009, he was named as one of the top 10 young trainers in the world by US Training Magazine, was awarded a Global HR Award for “Strategic Leadership” by the World HRD Congress in 2012 and in 2013 was named as Queensland’s Learning and Development Professional of the Year. Marc is also one of only four people in Australia certified to conduct Bob Pike’s Train-the-Trainer Boot Camp, the world’s most respected train-the-trainer program.

His organization MRWED is Australia’s leading provider of trainer training and has been rated as a five time Australian Best Place to Work by the Great Places to Work Institute and BRW Magazine. In addition to this, the organization extended its employer of choice credentials by being named as one of Asia’s best employer brands in 2011 and winning Australian Business Awards for recommended employer, outstanding financial success and consistent growth between 2009 and 2012. Most recently, MRWED was named as a finalist in the category of Employer of Choice <1000 at the Australian HR Awards in 2013.